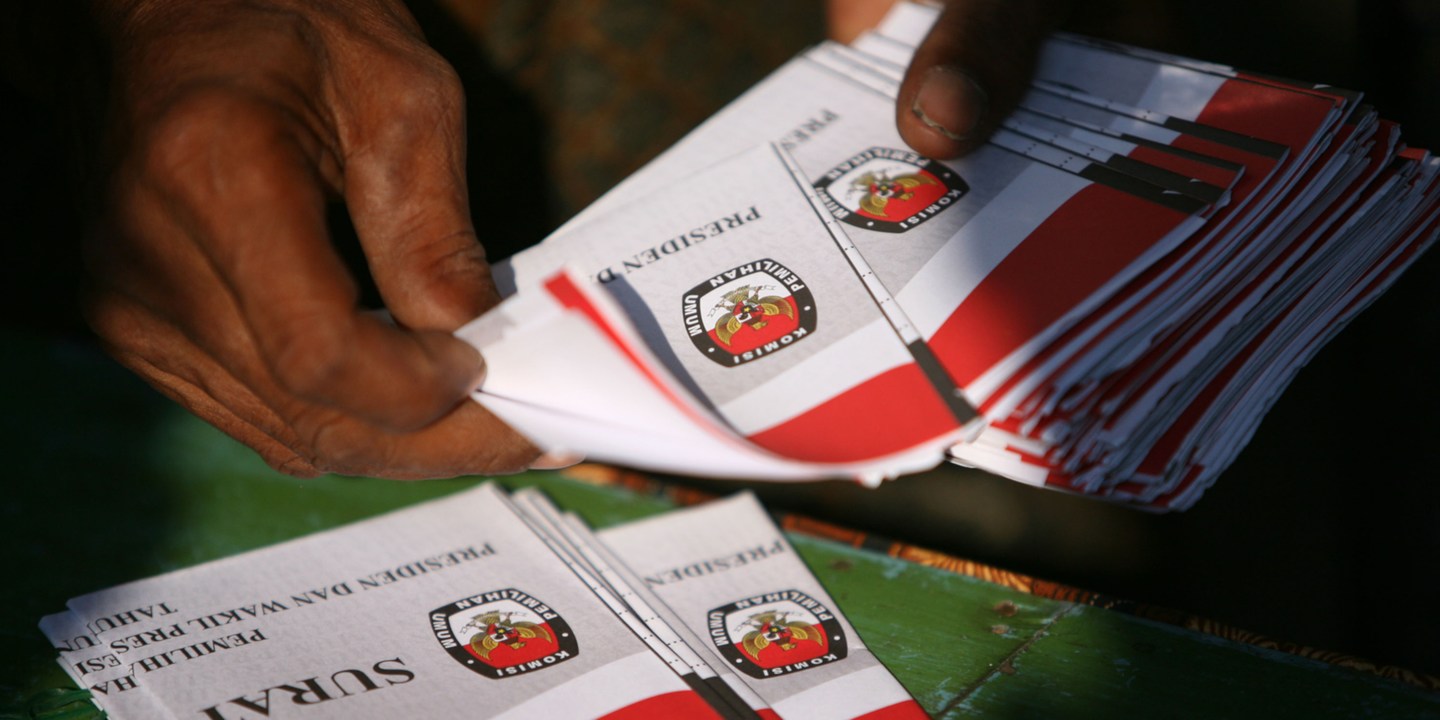 On 17 April 2019 up to 193 million eligible voters in Indonesia will head to the polls. For the first time in Indonesian history, the president, the vice president and members of the local and national legislatures will be elected on the same day. The two presidential candidates are current President Joko "Jokowi" Widodo and former Lieutenant-General Prabowo Subianto. The election will be a re-match of the 2014 presidential election, in which Widodo defeated Prabowo.

The new make-up of parliament will be of significant interest to Australia, as it will determine whether or not the recently signed Indonesia-Australia Comprehensive Economic Partnership Agreement (IA-CEPA) will be ratified by Indonesia and, if so, how long it may take to get through. If ratified the IA-CEPA is expected to help build economic prosperity throughout the region since most predictions have Indonesia on track to be the world's fifth-largest economy by 2030.

Join the panel discussion and hear from experts on what the presidential election and the IA-CEPA means for Australia.

*** Capacity at the venue is limited and door sales may not be available. Pre-purchase tickets early to avoid disappointment! ***

If you are unable to purchase tickets online, please call the Secretary on (08) 6225 2515 or email wa.branch@internationalaffairs.org.au to book a seat.

Phil Turtle - National President, Australia Indonesia Business Council and Senior Consultant, Asialink Business
Phil has over 25 years’ experience in a broad range of industries, having spent his early career as an Engineer and Project Manager on a large number of resources projects in the region. He has a passion for Asian countries, having worked in China, Singapore, Malaysia and Indonesia. There he has been involved in project and business development in Mining, Energy, Education, Infrastructure, Tourism and other fields. He has served as a Board Member of the Australia Indonesia Business Council for the last 6 years, and is the current National President. Phil is also a Senior Consultant with Asialink Business, representing the organisation in Western Australia, in this role he assists Australian Businesses to equip themselves for doing business across Asia.

Associate Professor Hadrian Djajadikerta - Associate Dean (Research) and Associate Professor of Accounting, School of Business and Law at Edith Cowan University
Hadrian has a PhD in strategic management control, and he is also an industrial engineer and a chartered accountant. He has previously held academic positions at the University of New South Wales, Lincoln University, and the University of Technology Sydney. Hadrian is an active researcher and has successfully supervised more than a dozen PhD students to completion. He has also been a management consultant and corporate trainer in the US and Indonesia, and maintains strong networks and high-level engagement in Indonesia. Hadrian is also the Vice President of the Indonesia Institute, and the Founding Member and Vice President of the ASEAN Chamber of Commerce.

Ella S. Prihatini - Teaching Fellow, UWA School of Social Sciences
Ella S Prihatini is a teaching fellow at the UWA School of Social Sciences. She holds a BA in International Relations (University of Gadjah Mada, Yogyakarta) and a Master of Development Practice (University of Queensland, Brisbane). Her recently submitted thesis investigates women's parliamentary representation in Asia with Indonesia as a case study. Ella's research interests focus on gender and electoral politics, comparative studies, and the utilisation of social media in Indonesia. Her study at UWA is fully supported by the Endeavour Postgraduate Scholarship program (2015-2019). She has published her works in Women's Studies International Forum, Contemporary Politics, and Politics & Gender. She is also a regular contributor for The Converstation and SBS Radio Australia.